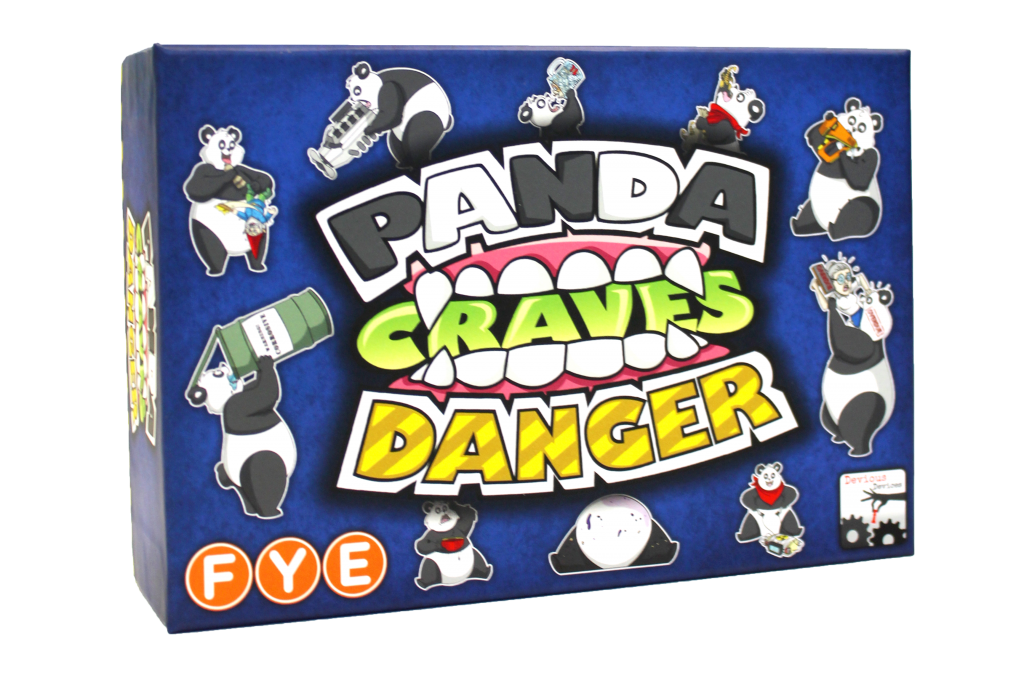 A dangerous game of eating weird things as a panda… for 2 to 5 players.

Panda Craves Danger is a game all about eating weird, and often dangerous, things that more intelligent beings would steer clear of.

Why you ask? You are a panda; an adorable, achingly cute ball of fur with only one problem: You and your fellow pandas have grown tired of bamboo and are craving something more exciting. The trouble is, you don’t know much, so you have a hard time telling what’s food and what’s not. 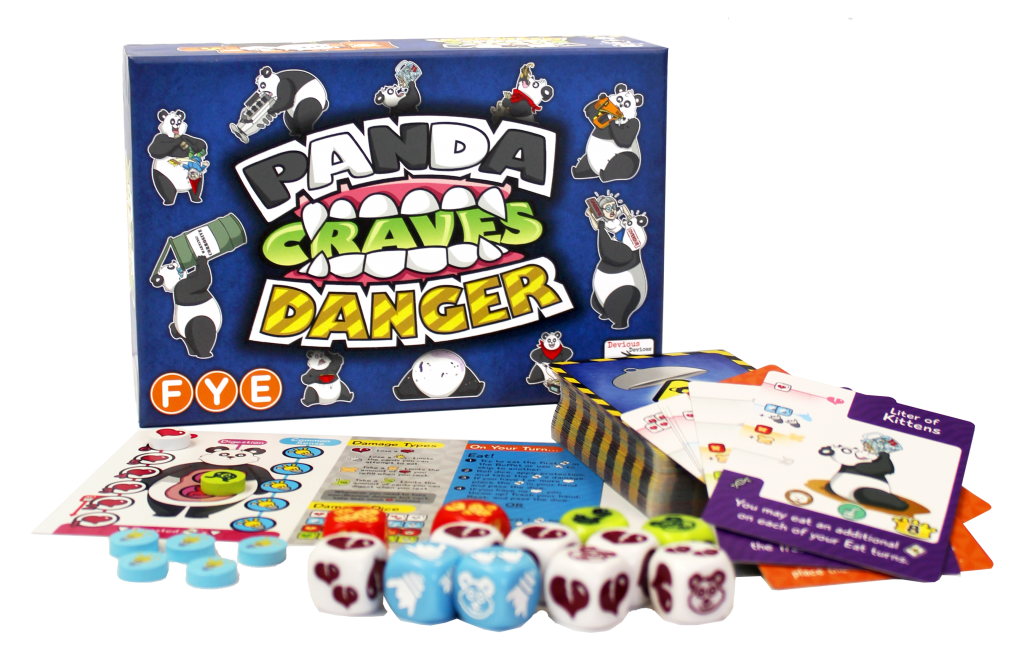 Enter the Danger Buffet! A lineup of some of the most exciting… er, “foods” that you have ever seen. Throw caution to the wind and eat everything in sight, but be careful — the world is full of dangerous things, and you may end up biting off more than you can chew.

Using a set of 12 customer Danger dice, each panda will take turns alternating between Eating Dangers off the Buffet in front of them and Resting to heal up and to digest (score) the Dangers they’ve consumed from the Buffet with the goal of digesting the most exciting Dangers and earning the highest Achievements totaling the most Prestige by end of game.

The FTY logo is a trademark of Transworld Entertainment.