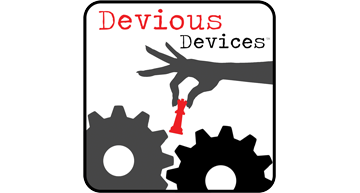 SHARKNADO™: THE BOARD GAME! TO LAUNCH ON KICKSTARTER

Bethlehem, PA—July 30, 2016: Devious Devices, LLC, a game development company based in Pennsylvania, invites fans, hobbyists, and Sharknado enthusiasts to discover Sharknado™: The Board Game!, a cooperative adventure game that will launch on August 13, 2016 on crowdfunding site Kickstarter.

“Feedback has helped shape this game so far,” said the designers. “We’re turning to Kickstarter because we want to give the community the opportunity to weigh in and influence what we know will be a great game.”

In Sharknado™: The Board Game!, players work together against the game’s AI mechanic to win a chosen scenario, which can range from killing a certain number of sharks to destroying a Sharknado to simply staying alive as long as you can. The designers’ goal with the scenariobased approach is maximum replayability, and an underlying storytelling element in which players create their own Sharknado experience with each new game.

Game designers Eric Cesare and Anthony Rando acquired the exclusive licensing rights to create a Sharknado-themed tabletop game in late 2015, and since then have been hard at work capturing the spirit of the films—including lots of chainsaws and sharks—in a meaningful yet original way.

“We want this game to feel like the players are in their own Sharknado adventure—separate from the films, but still involving all the things that people have come to love about them,” the creators said.

The next installment of the Sharknado franchise—Sharknado: The 4th Awakens—will premiere on July 31, 2016 on Syfy. The new movie will take place five years after the East Coast was ravaged in Sharknado 3: Oh Hell No! Fin (Ian Ziering), his family and the cosmos have been blissfully Sharknado-free in the intervening years, but now sharks—and ‘nados!—are being whipped up in places (and ways) least expected.

Devious Devices, LLC was formed in June of 2013, and previously released Epic Picnic, a memory-based party game for adults.

The Asylum is one of the world’s leading brand-oriented motion picture and television studios. With a focus on high-concept, market-driven entertainment, like the SHARKNADO franchise and the popular Z NATION television series, The Asylum finances, produces and releases 25 films per year through its direct pipeline to the nation’s top retailers and its network of international partners. Since its founding in 1997, The Asylum has released more than 500 films and has built a library of over 200 original productions, including top-rated movie premieres for Syfy, Lifetime, and Animal Planet networks. In addition, The Asylum has begun production on Season 3 on one of Syfy’s highest-rated shows, Z NATION, a critically-acclaimed actionhorror series.

Syfy is a media destination for imagination-based entertainment. With year round acclaimed original series, events, blockbuster movies, classic science fiction and fantasy programming, a dynamic Web site (www.Syfy.com), and a portfolio of adjacent business (Syfy Ventures), Syfy is a passport to limitless possibilities. Originally launched in 1992 as SCI FI Channel, and currently in 96 million homes, Syfy is a network of NBCUniversal, one of the world’s leading media and entertainment companies. NBCUniversal is a subsidiary of Comcast Corporation. (Syfy. Imagine Greater.)

For more information about the pending Sharknado board game, or to schedule an interview with the designers, please contact Devious Devices at info@deviousdevices.net.