Sharks and Cons and Kickstarter… Oh My!

Long time, no talk. We’ve been heads-down at the grindstone over the last few months working on games and preparing for conventions. While we do enjoy waiting until we have a whole bunch of news, and then dropping it on you all at once like a water balloon filled with cherry Kool-Aid (or something equally delicious), you can expect some more regular updates over the coming months, as there will be lots to share!

If you want to keep regular tabs on our day-to-day or interact with us a bit, visit us on Facebook, or Twitter (@DeviousDevices), where we post photos, updates, and other cool stuff!

Anyway, let’s get this show on the road…

Sharknado™: The Board Game! is Coming to Kickstarter

Swimmingly, thanks for asking! The game’s design is complete. We’re currently wrapping up testing on the final few base-game scenarios and are working with artists to make the game beautiful. In fact, we’re so far along that we’re launching our Kickstarter on Saturday, August 13! 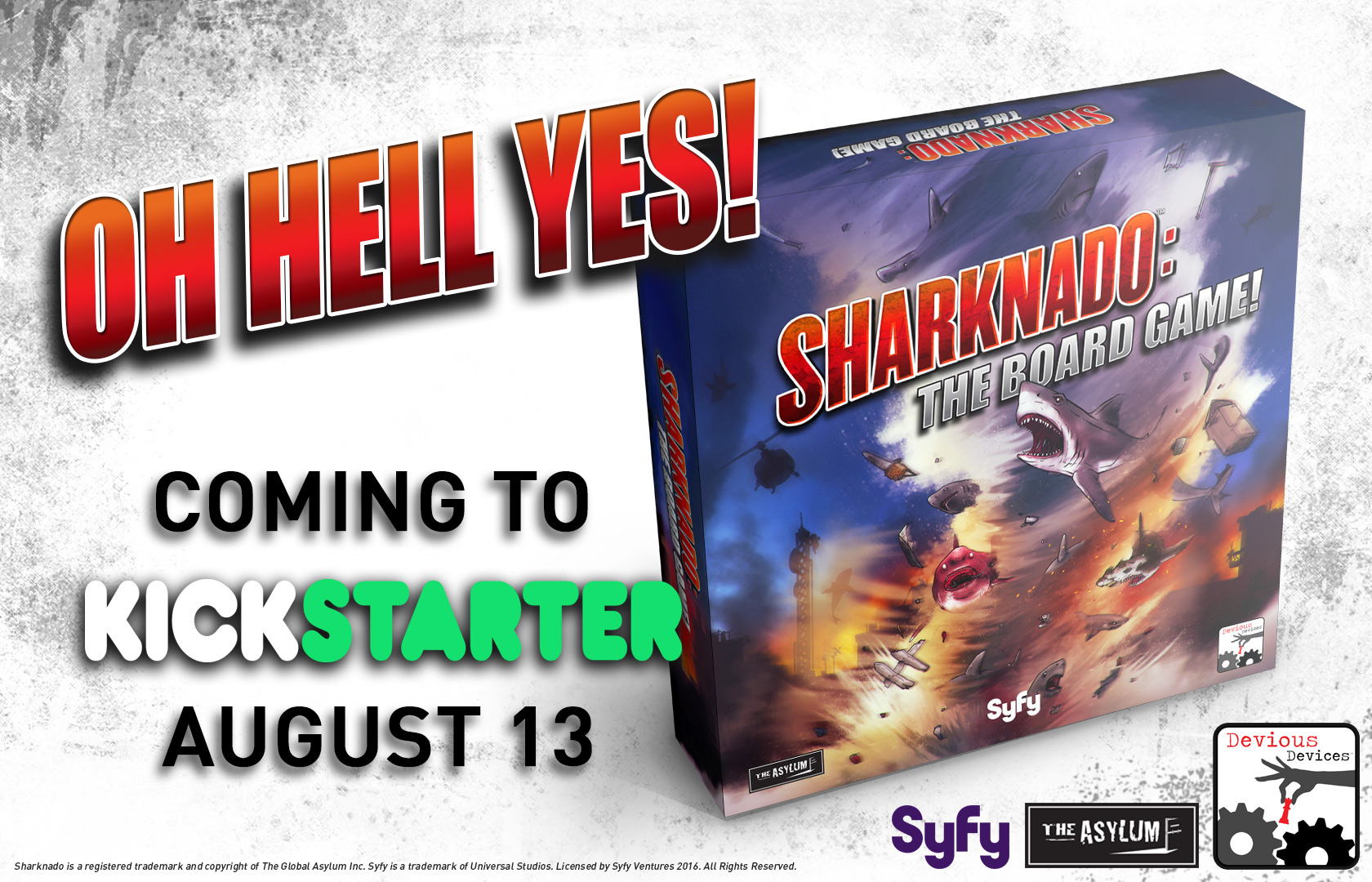 Full disclosure: We think Sharknado™: The Board Game! is pretty awesome, and a lot of other people have agreed with us. Playtesting has yielded such great feedback, and we want to keep that train a-rollin’, which is why our Kickstarter campaign–much like the game itself–is going to be very cooperative.

If you’re not sure what that means, you’ll see pretty soon. Keep up with us on social media and BoardGameGeek.com for updates, and we’ll put out another newsletter when the campaign launches. So if you have some friends that love Sharknado™ as much as we do, let them know they can add their names to the list on DeviousDevices.net!

If you’re not following us elsewhere, we’re very disappointed in you… but we’re still going to treat you to a few photos of our prototype. Enjoy! 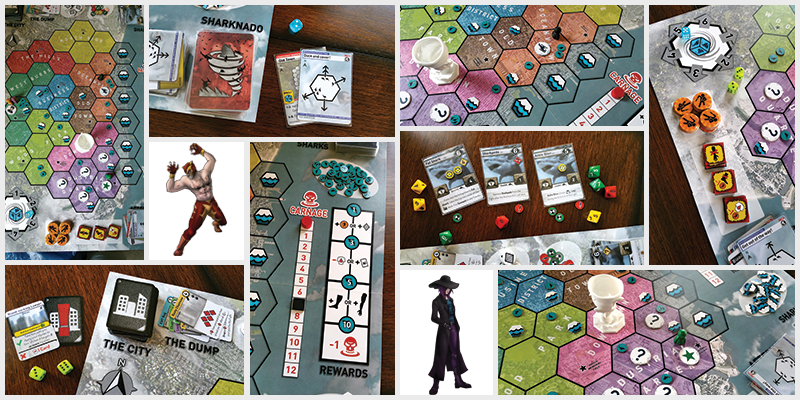 What are you doing August 4 – 7? We’ll be at Gen Con (the best four days in gaming) and we’ll be mobile! We’re running eight Sharknado™ events in the First Exposure Playtest Hall, and then nine more events (six of Sharknado™, and three of another game, Panda Craves Danger) in Hall C.

You can find the specific times for our Gen Con events (the non-FEPH ones) with the con’s event finder. If you’re going to Indianapolis, sign up now before there’s no more room!

In our last newsletter, we teased about a game we’ve been working on called Panda Craves Danger, a zany yet strategic dice-chucking game for 2 to 4 players. Well, we’re still hard at work on it, and we’re super pleased to be able to share some art with you! 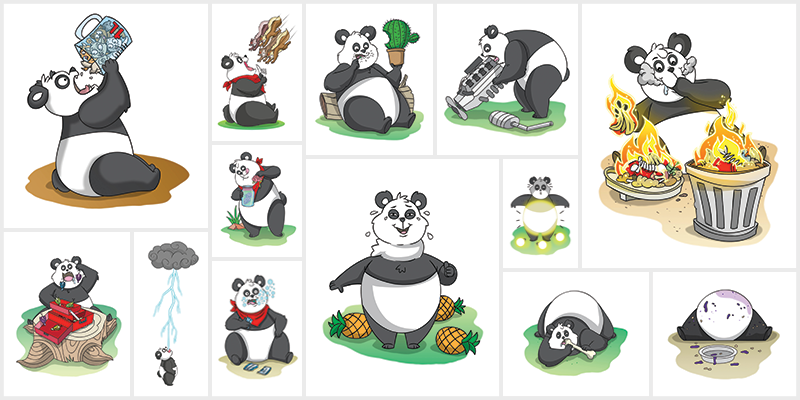 This game is all about pandas eating dangerous things (or, trying to) so as you can see, that’s exactly the direction we went for art. Take a look and let us know what you think!

ne last reminder. We’ve been running a blog for several months called Boards & Lager, in which we pair a delicious craft beer with an awesome tabletop game.

Every week we break down our favorite things about each, who made ‘em, and how well they go together. With more than 30 pairings to read about, there’s plenty of reason to check it out! Or don’t. But we’d really prefer that you do.

That’s all for this edition, folks. To talk about the news covered in this e-mail, please go to this page on our website. We look forward to hearing from you!