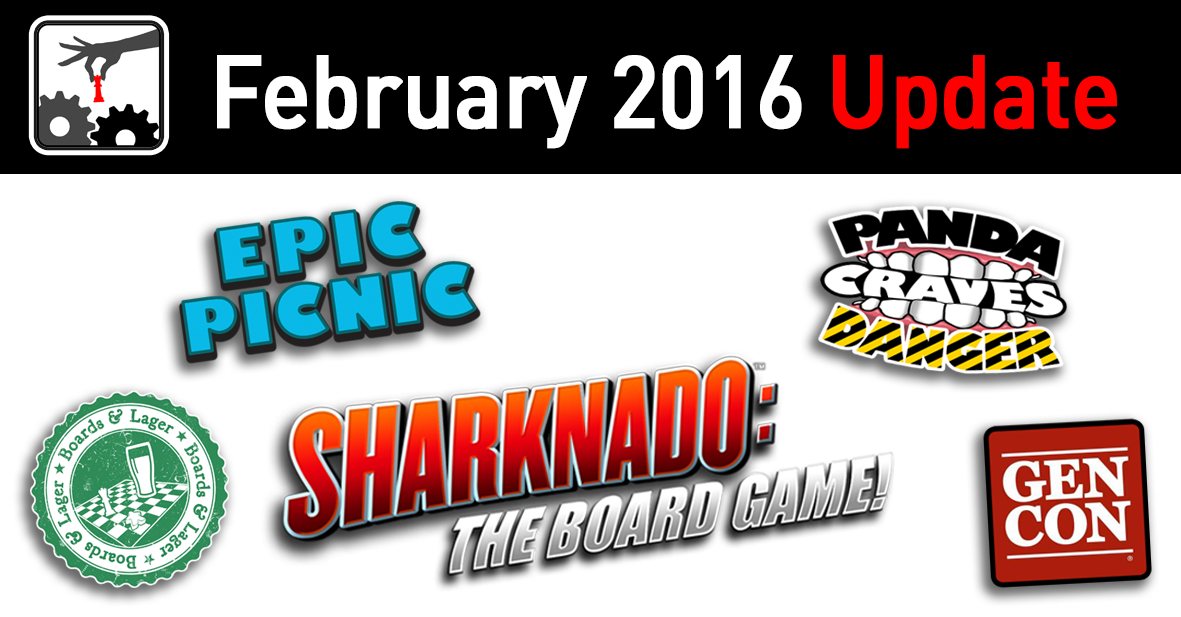 We’re going on a Picnic, and we’re bringing Beer, Pandas, and a SharknadoTM!

Hello, fellow devious minds! Eric and Anthony here. You may have noticed that we’ve been awfully quiet newsletter-wise since Epic Picnic was released, and that’s because we’ve been super busy in the lab (Anthony’s dining room) cooking up a slew of cool new things to bring to the table—literally!

We want to share a bunch of good news at once, so make sure you’re sitting, hang onto something, and read on!

Our first release, the morally-bankrupt memory game Epic Picnic, has sold solidly through the holidays and continues to do so. 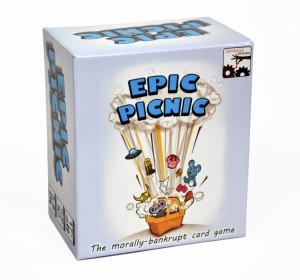 We still have some copies available on Amazon and stocked in some game stores in the northeast, and we’re currently working on getting stock into more stores, which we’ll announce on social media as it happens.

A Blog About Games & Beer.

For the last few months, we’ve been actively posting to our brand new blog—Boards & Lager! Every week we get together with our game group, play a new game, and pair it with a related beer. We talk about the merits, and our particular experience, with each, and include links to learn more about them. 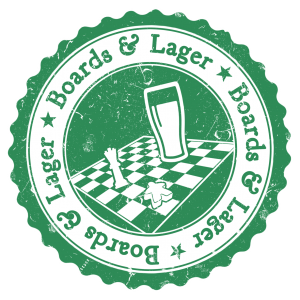 So far we’ve paired awesome games like Gloom, Euphoria, Zombicide, and Above & Below with great beers from breweries like Stone, Victory, Rogue, and Heavy Seas. You can check it out at BoardsAndLager.com, or find it via our recently-redesigned website at DeviousDevices.net.

If you try any of our pairings, be sure to leave a comment and let us know what you thought. If you come up with your own Game & Beer Pairing, give us a shout on Facebook or tweet us @DeviousDevices so we can give it a try too!

A Taste for Danger!

Over the last year, we’ve been designing and developing at a pace akin to a sci-fi movie montage, and we’re proud to say that we have not one… not two… but several games in the pipeline that we plan to release over the next few years.

Our most thoroughly-tested of these is called Panda Craves Danger, and it’s a zany, strategic dice-chucking game for 2 to 4 players. 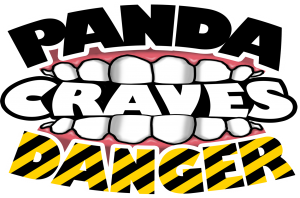 In Panda Craves Danger, you’re a panda, and you’re tired of bamboo. You and your fellow pandas are looking for something a bit more exotic for your endangered palate. But, as a panda, you’re not entirely sure what’s food and what’s not, so you’ll try to eat anything you can stomach from the Danger Buffet.

Successfully eat and digest stuff to gain Prestige. Throw up, and you risk losing valuable Dangers!

We’ve tested this game hundreds of times with people at various venues and conventions, all with great success. We’re very much looking forward to putting this game out there, and we’ll keep everyone updated on where you can help playtest and when we plan to bring it to Kickstarter.

Now here’s something we’re really excited about, and we hope you will be too!

Devious Devices is exceedingly pleased to announce that we are creating, in partnership with The Asylum and Syfy, the official SharknadoTM tabletop game, tentatively titled SharknadoTM: The Board Game!

SharknadoTM is an immensely popular franchise—in the US, worldwide, and especially in our living rooms, so we are simultaneously proud and humbled to have this opportunity, and we are doing everything we can to deliver a top-rate product worthy of the name.

What do we know about Sharknados? We know they’re devastating. We know they destroy everything in their path, leave carnage in their wake, and carry hundreds of deadly sharks. And we’re going to make sure that all of that is incorporated into our game.

We’re not going to say too much about the game at the moment, but for our awesome newsletter subscribers, we’ll give you just a bit of info: It will be a scenario-based cooperative game, and in most of the scenarios, players will have to band together to defend their city against sharks as they gather equipment in an effort to ultimately (attempt to) destroy a Sharknado.

We plan on taking this to Kickstarter in mid-2016, so all of you will have first-dibs on getting a copy of SharknadoTM: The Board Game!

GenCon (and other appearances)

Last, but certainly not least, Devious Devices will be making the rounds at several conventions this year. The schedule is still growing, but we already have a few events lined up…

Well, that seems about enough for now. Leave a comment on news news below or reach out to us via your favorite social media platform. We look forward to hear from you!